Now Comet Moves at the Speed of NASCAR 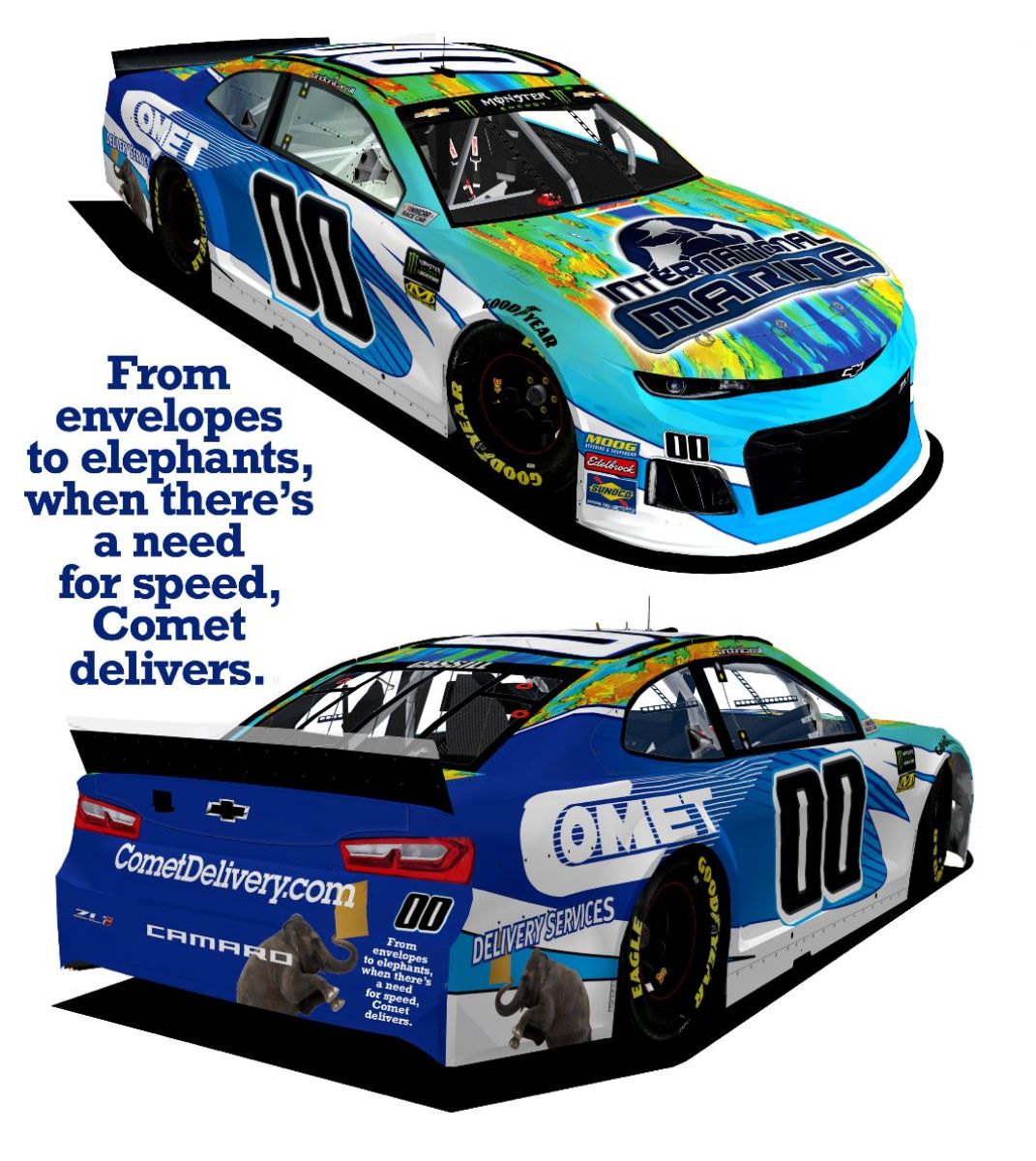 People familiar with Comet Delivery Services know the company is famous for fast deliveries. Anything from envelopes to elephants. Even on the same day. So it's only fitting that Comet would team up with another organization known for its awesome speed: NASCAR.

Comet is a proud sponsor of Landon Cassill's #00 Camaro LZ1 for the Monster Energy NASCAR Cup Series in 2019. Cassill, who drives for StarCom Racing, was the test driver for Hendrick Motorsports between 2007 and 2010, and part of the lauded four-time championship team.

As you would expect from a NASCAR-caliber car, Cassill's 00 Camaro features a supercharged V8 engine capable of reaching speeds well in excess of 200 mph. Comet's president, Steven Seltzer – whose favorite saying is "When there's a need for speed, Comet delivers," can be seen eyeing the race car wistfully wishing he could have a few of those for Comet's daily deliveries.

Racing fans attending the event at Homestead-Miami Speedway this Sunday, November 17, 2019, will be able to see the Comet-sponsored #00 car driven by Landon Cassill, as he zooms around the track. The race will be televised on NBC beginning at 2:00 p.m. with the preview, and the race taking place at 3:00 p.m.